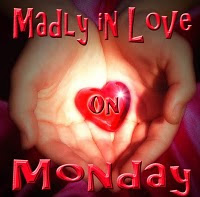 Madly in Love on Monday is a meme hosted by The Delusional Diaries. It shines the spotlight on that rare book gem you have found and fallen so “Madly in Love” with that you want to tell everyone about it so they can read it too. So come share it here!!
I really didn't want to be very obvious with this new meme from Lacey but I think I have to be. The book that I want to showcase this week is Lacey's own book 'Of Witches And Warlocks: The Trouble With Spells'. Not nearly enough people over here in the UK know about this fantastic book, which is the first in a series. The whole series has quickly become one of my all time favourites and if because I loved it so much, I dedicated a whole week to it at the end of August. So if you haven't heard of Lacey Weatherford before now, then go look her up and take a look at her books. You wont be disappointed.
Synopsis:

Portia Mullins had always lived the life of a normal teenager, up until her sixteenth birthday. She is then informed by her grandma that she is actually a witch who is a descendant from a long line of witches and warlocks. After overcoming her disbelief she finds that being a member of the coven comes with one great perk in the form of the school's handsome bad boy, Vance Mangum. Vance and Portia have an immediate connection as a budding romance begins, only to be threatened by turbulent skies on the horizon as Vance's checkered past rears its ugly head to haunt them. Portia is forced to use her untried powers in defense of everything she loves in a desperate attempt to hold on to the one thing that really matters in her life.
Posted by Lyndsey OHalloran at 20:35

Labels: Madly In Love Monday, Of Witches and Warlocks

Ha ha! Thanks! I hope more people will join up with this as time goes on! I want to see what everyone's fav books are!

I love this meme - is it a new one? I might take part. Haven't seen it before!